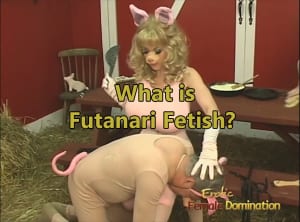 If you’ve ever been curious about what makes futanari so appealing, perhaps check it out for yourself. Find some futanari art of your favorite canon character, especially if she’s paired with another that you like. Or look for some sexy videos of real-life women doing their best to emulate the over-the-top art style and teasing with a cock larger than you’ve ever seen.