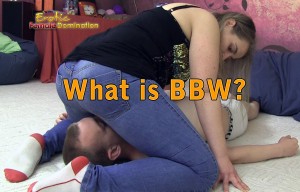 The recent increase in demand for fat acceptance has developed a second wave of admiration for BBWs. Many people argue that it is possible to be a healthy BBW, although the available scientific evidence and peer-reviewed literature suggests that there are many issues related to the general health of big beautiful women. Note that this is in no way a commentary on what people should do with their bodies: merely a reflection of the fact that current medical consensus agrees women who fall into the category of BBWs are more susceptible to ailments and health issues when compared to standard sized women.